The Air we Breathe! 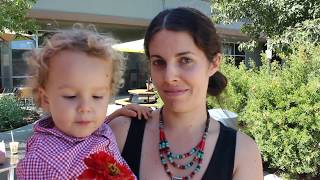 What Makes YOU Beautiful?

I never thought of that before...

I never thought of that before...

For the past 20 years, one of things I've loved about having a mentor is how they cause you to think about things you've never thought of before.

Ugghh... I don't know about you, but too much of that starts to bore me. I do love my routines and rituals, but I also constantly reach for novelty; knowing more about myself and my connection to the universe.

I remember the first time he asked me if I wanted to become a teacher. The question really blindsided me at the time. I'd never imagined myself in the role of a teacher or even having any knowledge or skill of value to share with anyone. It caused me to think deeply about who I was and who I was going to become. Most of all it made me question... "what does that even mean?"

The fact that he thought I could become a teacher gratified me deeply. After all, he was a teacher; he was MY teacher and I respected and admired him intensely. The feeling that I could become like him one day was both exhilarating and daunting at the same time.

Without knowing full well what becoming a teacher really entailed, I said yes. Boy oh boy, from then on it was a remarkably challenging path, but the rewards have been endless.

When the student is ready the teacher will appear... ( A theme the whole of my life!)

There's a song called "Them Heavy People" by Kate Bush that truly depicts what the student/teacher relationship can be like. I really relate with and love this song. She was an incredible voice and artist. I hope you enjoy it.

Below are the lyrics in case you want them as well!

And ~ if you want a really transformative experience, we've got just the thing! My gals and I are hosting a retreat at the end of September. We still have a few spaces left...

Give us a call at 530-432-5588 (ask for Shizumi) or email us at awaken3mbs@gmail.com to have a discussion about who we are, what we're doing and how this retreat may be just what you need in your life right now.

They arrived at an inconvenient time I was hiding in a room in my mind They made me look at myself I saw it well, I'd shut the people out of my life

They open doorways that I thought were shut for good They read me Gurdjieff and Jesus They build up my body, break me emotionally It's nearly killing me, but what a lovely feeling!

I love the whirling of the dervishes I love the beauty of rare innocence You don't need no crystal ball Don't fall for a magic wand We humans got it all, we perform the miracles